Located in Wahroonga on Sydney’s upper north shore, Sydney Adventist Hospital (“the San”) is the largest private, not-for-profit hospital in NSW, caring for over 58,000 inpatients and 125,000 outpatients each year. The San also has the busiest private hospital emergency department in NSW treating approximately more than 17,500 patients annually.

As with any major health care facility, the San has enormous energy demands to provide medical equipment, adequate lighting, heating, cooling and other critical infrastructure to its staff and patients.

However, with energy tariffs on the rise, the San’s energy bills were having an increasing impact on the bottom line of the business. In order to minimise energy consumption and costs, as well as reduce its carbon footprint, the San decided to instal a 100kW onsite solar system. This involved the installation of over 350 solar panels, making it one of the largest private hospital solar initiatives in NSW.

The challenge the business faced was that the project required a significant investment of upfront capital.

Preferring to invest in core assets such as medical equipment and building upgrades to improve the quality of patient care throughout the hospital, the San approached Northquest for a solution.

After assessing the San’s long-term energy requirements and financial posture, Northquest devised a multi-year solutionthat would preserve the hospital’s capital.

Northquest paid for the 100kW solar system upfront and put a six-year finance agreement in place with fixed repayments over the life of the term. This enabled the San to pay for the infrastructure out of their operating budget rather than their capital budget.

From a business perspective, the rental agreement means the San can invest its valuable capital in other areas of the business. 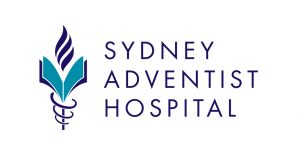 The new solar PV system has been been working extremely well since installation, to the point where we’re now generating around 150,000kW hours of solar energy annually, Northquest’s solution has allowed us to direct our capital into other more critical areas of the business such as medical technology and patient care.

One of the Largest State-Owned Government Hospitals in Australia